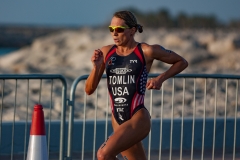 ABU DHABI, UAE (March 5, 2016) — Being based in nearby Qatar during the academic year, I had the opportunity to make a day trip to Abu Dhabi at the end of our spring break to cover the opening race of this year’s ITU World Triathlon Series.